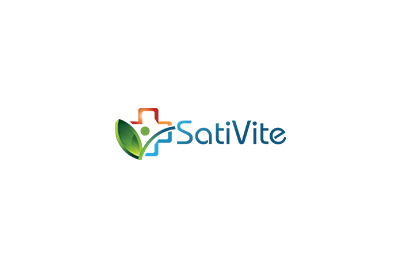 Lemon Haze has been characterized as smelling of fresh peeled lemon slices with a similar taste. Its buds appear to be green and yellow with amber hairs on the trichomes, giving it the yellow tint.

Lemon Haze is a sativa-dominant hybrid cross between sativa hybrid Silver Haze and pungent Lemon Skunk. With high potency and powerful aroma it has pleasant citrus flavour profile and a long-lasting, well-balanced high to boot, this bud is an asset to indica and sativa fans alike.

Grown in Canada, Now available in 7g tins. Weight was 7g on the dot, about 0.3g of trim, and leftover. Once the seal is broken, the flowers arrive moist at maybe 50% RH (total guess), overnight the humidity of the flowers had made some condensate on the 'lid' which is a rubber-sealed lid. I have now placed a Boveda pack into the tin as I didn't want to have the flower change too much. The smell as everyone has noticed- is stronger than other cultivars available. There is obviously some higher 'Haze' related terpenes making this a very good energizer without unstimulated angst. Top stuff.

Would you get prescribed again? Yes
Price paid (excl. delivery): $118
Batch number (as per label): LH20B8

Open the tin and get hit with citrus loving, the smell is honestly damn lovely, as to the taste,Mmmmmm, the only MINOR FAULT is the lil popcorn rocks, but they are so laden with dust U won't care, and it smokes the same,lol, Definitely getting this as a daily

Would you get prescribed again? Yes
Price paid (excl. delivery): $60
Batch number (as per label): Lh19b3

Lemon haze lives up to name

I've just gone thru another 17 tins and I really like this, being packed in 3.5 lots, your always getting fresh smoke, as soon as U pull the ring pull, it's a great joke to pull on a freind, open it in their car, lol, it's a lovely skunky funky strain, gotta realise they are makeing up 3.5g tins their nugs are small majorly tight popcorn nugs, but it's due to how it's manicured too, I've rarely seen buds trimmed so well, also in my opinion as a ex grower, perfect cure, dry and store, couldn't get or ask for better, I'm trying mimosa in two days.....POINT, THIS IS NOT A NIGHTIME STRAIN, THIS LITERALLY KEPT ME UP OVERNIGHT LIKE RED BULL,

Would you get prescribed again? Yes
Price paid (excl. delivery): $55
Batch number (as per label): Lh19b3

Presentation is neat with a aluminium pull can. Lovely and fresh with a strong citrus / lemon scent on opening. Small, dense popcorn like nugs that are very well trimmed. The grind up nice and fluffy. Flavour is smooth with a lemon flavour followed by a strong pepper note. Effect is strong (22.5% THC sativa) however not overwhelming. Nice tingly sensation in the face and shoulders. Bright mood and nice pain control. I don’t feel edgy with this strain. Uplifted and energised, no couch lock at a low dose vaped at 185deg. Normally I second guess myself when heading out and end out staying home. Today was up and out, ready to approach the world. Wanted to give this a trail given it’s lower entry point $59 3.5g. The effect is good for me (depression, anxiety, pain). Happy to keep this as my daytime strain.

Would you get prescribed again? Yes
Price paid (excl. delivery): $59
Batch number (as per label): LH19B3

Initial first impressions - not as energising as Super Lemon Haze (from now on referred to as 'SLH') for me personally, but a lovely potent sativa. I was initially on SLH but due to stock issue applied for this Lemon Haze (LH) as a replacement during the shortage. The packaging is barely child proof but also great - a steel tub that opens has a plastic lid that can easily be pulled on and off so you can reuse the container around the house after finishing with it, another silicon or plastic insert to stop the plastic lid from damaging the tuna can-like top. Then you use a pull ring like on a tuna can to open up the lid. The smell hit me immediately and I went 'ooo!' along with the visual appearance of dense, amazingly trimmed nuggets. The nugs are small though, popcorn-y, but dense - weighing up 0.6 for my first experience did chop/grind up well enough - not a huge fluffy output which is my ideal, but decent enough. I'd say it's 'average' volume of material after grinding/chopping. I've seen better and worse in that regard. It's about the same or possible a little bit more than the SLH, however the SLH had a slightly poorer trim job so a bit more leaf and stem to pad out, the LH is amazingly trimmed. Looking at it on the scale made me go 'wow that's some small heavy stuff'. 3.5g pack weighed up to 3.51g (with a little dust I didn't weigh, maybe 3.52 with the dust) - enough to be within limits of accuracy for the scale so right on the dot weight-wise. It's a little sad to not get a bit extra but with such small sizes you can't expect it and at least it's not under, that's the main thing! The smell is not as powerful as the SLH but familiar lemon smell. No visible trichomes to my old eyes under phone or lighter-light but it is nice and potent effects regardless of aesthetics. I have a hard time seeing trichomes often but sometimes things are just frosty as - this isn't that. For those that care, it is a little darker green in colour than the SLH. Awesome curing - doesn't need a Boveda to use immediately, it's dry like most available products but not overly-dry, has a little bit of spring to it but mostly snappy dryness. It's quite dense though so I wouldn't think it would crumble in your hands easily, which the SLH could be. SLH seemed a bit 'bushier' but I kind of like that in a sativa personally. It's a lot of packaging when buying in bulk so I look forward to larger size container options in future, although every part of it is recyclable I am led to believe (the steel tub itself doesn't seem to have any recycling symbols on it but seems as recyclable as any tin/can). There are no extra cardboard boxes to seal the containers either, you just get the container with nothing else (yay for the environment). I'm not super-energised like with the Super Lemon Haze - with that stuff I literally can't sleep, buzzing with my mind racing. It's amazing in the mornings, better than coffee for me. Will see how the Lemon Haze does tomorrow on a 'fresh palate' but I expect it to not be as energising as the SLH. It's about 60-80% as energising as the SLH I'd estimate, so a bit more sedating effect (barely any, I wouldn't recommend it for heavy pain relief but it has enough sedating effect for me to feel body relaxed as well as tickles up the neck and back of the head). All in all I still think SLH is my favourite strain found so far but LH is a great stand in or alternate option. I could just be quite tired now though, so will have to see how 'sedating' and 'energising' it is in coming days. Here's hoping for Super Silver Haze to be an available option in the near future - I hear that's also a very amazing sativa.

Would you get prescribed again? Yes
Price paid (excl. delivery): $53
Batch number (as per label): LH19B3

This was a delight as soon as U open the tin, it's a punch in the nose of lemon and herby spice, they were admittedly popcorn nugs, but they were manicured to the point of taking the whole outer of the bud, leaving the heart, and they were full of dusty trichomes, and stem is non existent, smoking was also great, I've been thru 17 tins and the size and quality is uniform, and it's all one of the best smokes I've ever had, even decent enough for nightime, and it's priced damn well

Would you get prescribed again? Yes
Price paid (excl. delivery): $60
Batch number (as per label): Lh19b3

Please Sign in or Create an Account for more product information such as pricing, cannabinoid profiles and to read or write reviews.