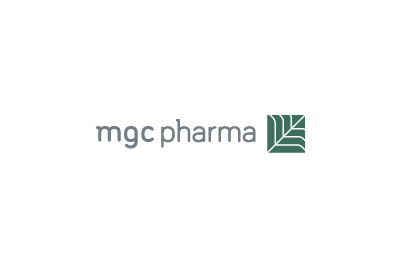 mgc pharma
Schedule 8 TGA Category 5
$145 RRP $14.50 per g / $406.00 Oz (28g)
THIS PRODUCT IS NOT AVAILABLE FOR PURCHASE BY THE GENERAL PUBLIC.
ASK YOUR PRESCRIBER ABOUT THIS PRODUCT. ALWAYS FOLLOW THE DIRECTIONS FOR USE.

Personally wouldn't describe it as a daytime strain as I found it mildly sedating, but had all the other benefits like anxiolytic More and creativity. Good value, switched from Lemnos and happy with the change. Less

This stuff is lovely - smell, texture, appearance, taste are all great. However, it goes against the founding rule of “don’t More do drugs when you’ve got something to do”. Somehow this strain breaks me out of anxious procrastination & gets me motivated to Do All The Things. Tasks that seemed overwhelming or unachievable are suddenly broken down into portions and simply done. This isn’t an effect I ever anticipated from cannabis, and I love it. Can see how too high a dose might induce anxious feelings, so dosage is something to keep an eye on. At the right level, this is both calming & motivating. Huge fan. Less

professortomahawk - 1 month ago
I stand by the above review, but have found the level of energy varies quite a bit each batch. Some of them are fairly mellow, whereas others are even more buzzy than my first tub. Be prepared, test this before you need to do something whilst medicated.

The most moist/freshest MC I've experienced so far

MGC Pharma is TGO100 conforming Moby Dick (aka Royal Moby, aka Whitewidow x Haze) 20% THC flower grown in Australia. It seems to b More e potentially the same farm/phenotype as 'Elevated Extracts' and 'Maali Sky' are selling for $5 difference either way. Upon opening the jar, the smell of fruity and sweetness hit me in the face and made me instantly smile. I tipped the jar upside down to pour the contents out into a bowl to weigh up.. nothing came out! There were two massive buds, the biggest buds I've ever seen in MC so far, taking up 6g blocking everything from coming out! Furthermore there was no popcorn and it was so fresh and nicely sticky that the buds were 'hanging together' upside down. So cool / a new experience for me with MC. Speaking to another patient with the same batch, we feel like the moisture content is potentially around 65-70% fresh out of the jar. After using a 62% boveda for just a few days, it was a lot less moist and became more dry as most MC is straight out of the jar. I plan to test storing without boveda next time I get some, as well as perhaps trying a 69% boveda to see what happens. It was so pleasant to have a MOIST flower for once though, since I haven't experienced a 'pleasing' level of moisture since getting BM prior to beginning MC. The buds are brilliant looking christmas tree triangles. Could possibly be slightly smaller weight than more dry MC (if letting it dry out) but haven't tested that yet - I feel like potentially being 0.3-0.4g underweight after drying out, for nicely moist content, is worth it personally. Stems were very minimal also even in the big buds - trim job is awesome. Locally grown and only a few months old it seems, probably the 'freshest' flower I've tried (have only tried ANTG Eve and Mariposa as far as other locally grown so far, and they were both a lot less moisture content and seemed to be older batch jars/older than 4 months stored). I refuse to call this Royal Moby though, it's MOBY DICK to me, I refuse to censor the name because it has a Richard in it. Friends are calling it Moby Cock for fun hehe :) I had an intuition that Whitewidow (this being Whitewidow x Haze) would be beneficial for me and I was right. It's a great afternoon flower - very head high effects, as soon as vaping I get a 'flood' of a feeling in my brain, a heaviness and relaxation (but not sedation). After vaping other strains in the same day, as soon as touch the Moby Dick can instantly feel the difference in effect. Calming and relaxing. Mentally not as functionable as some of the weaker strains I usually use in the day (14-19% THC) but can be used at any time, morning, afternoon or night with different doses for different levels of effects. It's perfect for afternoon or before bed use particularly for me anyway (as my insomnia is a little different to most peoples, as it's mostly due to Ankylosing Spondolitis inflammation, stiffness and tossing and turning, rather than chronic pain). Wish it was a little cheaper than $14.5/g but that's still great value for this amazing phenotype. If you have the option look at Maali Sky as an alternate for $5 less a jar. If they are different however, the MGC Pharma is guaranteed to be TGO100 compliant as it's supplied through Anspec (which only supply TGO100 compliant flowers due). All inhaled /vaped flowers SHOULD be TGO100 standard - make sure you ask your flower company or prescriber 'is it TGO100?' before your next flower script/dispensing. I hear there are some more MGC strains coming soon.. can't wait!! Avast ye scurvy dogs - I can highly recommend the Moby Dick. Note that my expiry date was 12/2021 - So I used it in the last 2 weeks before retest. Since it's so damn fresh, I presume it must have been packaged only 6 months ago since imported flowers are 12-24 months old sometimes.. at 4-5 months old, this MGC pharma flower is still the freshest on the market I've had. So I expect it's just a 6 month expiry/retest currently and will be extended in future. DO NOT worry about getting 'close to expiry' with this product currently. It's awesome! Also taste has vanilla and menthol to it.. very interesting and tasty. Less

adam.mcqueen - 2 weeks ago
Mybe you could start a book on this...

I agree with above, it is not a pleasent bud to use. Im not sure if the curing wasn't done right. The stem seems dry but the flowe More r seems to have moisture and is steamy to use kind of like the dodgy street stuff. Its better than nothing and I'm still using my prescription. I did however decide to weigh my second tub as something didn't seem right about first, it was 9.63gm my third was 9.82 which makes me think they rehydrated it perhaps. The tilray 1010 is the best i have used and i currently have adaya gelato as well. Less